So I’ve been sick for a few days (it seems to be a head cold and my equilibrium is completely off right now). Since I wasn’t feeling up to doing chores, I took a bit of time last night to edit that Geirskogul sketch (her legs were too short in the original, and I didn’t like the shape of her boobs).

I also added some shading last night. She feels really ethereal to me and I have started to create a secret story in my head about who she is. I have been trying to decide whether she should be painted into a background of death and darkness, or something light and beautiful, so I did a quick survey on Facebook. It seems it’s just a matter of preference at this point.

I think I will eventually paint her into a cloudy landscape surrounded by dead vikings and crows with mountains in the background. This seems like the most logical setting since Valkyries were supposed to be responsible for leading dead vikings into the afterlife (and/or choosing who should go).

I envision Valkyries as being something like a mermaid (beautiful and soft, but also capable of luring men or women into the darkness with their beauty). It’s her job to select those who will die and to bring them into the afterlife with her – basically, she’s something like a grim reaper. I imagine if I were a viking on the battle field, there might be some comfort in believing someone so beautiful and gentle will be coming to take me to my death.

If I do decide to paint Geirskogul, she will have to wait until I have completed my other two commissions, but I’m excited to imagine where this could eventually lead… 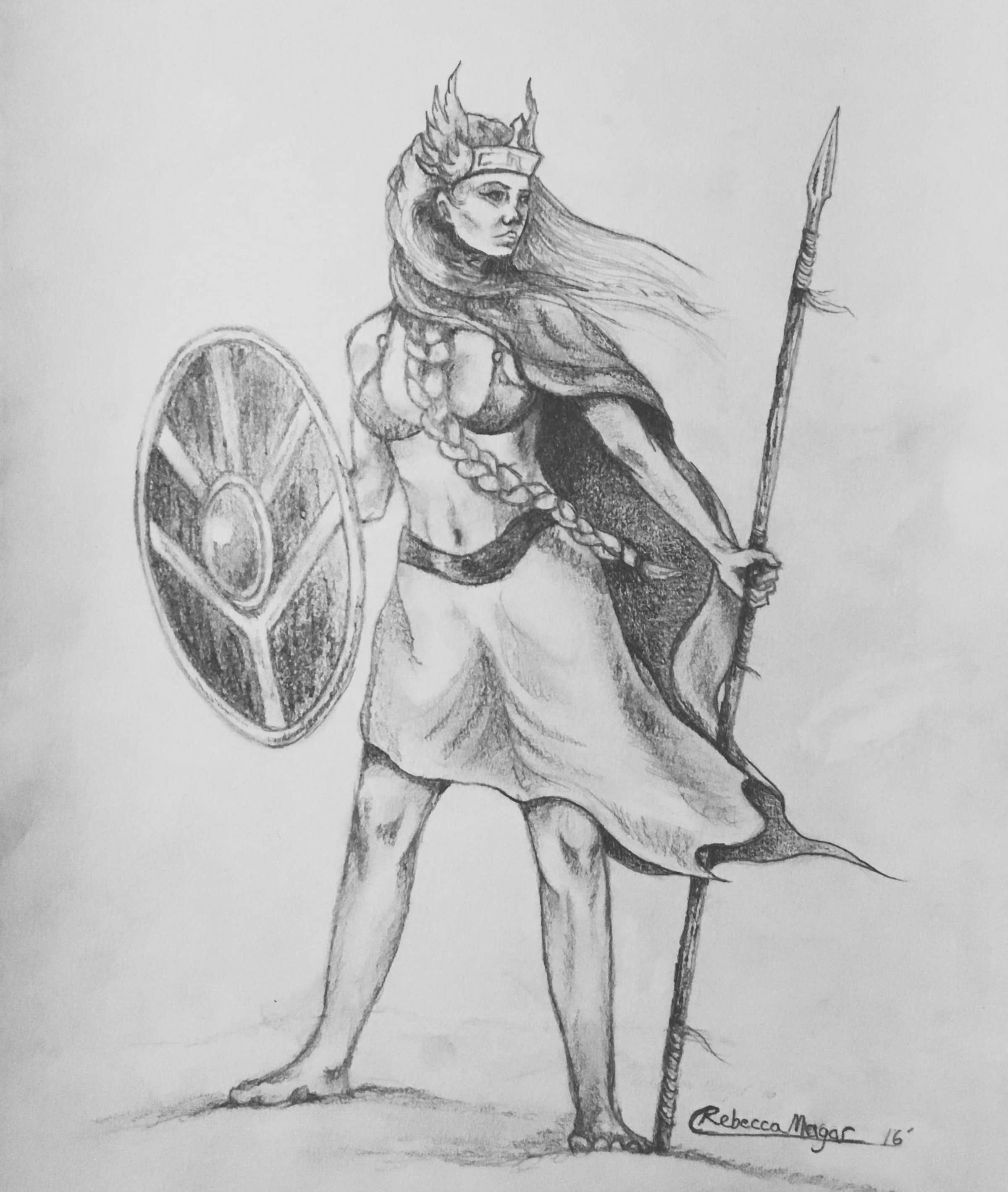 Rebecca
Rebecca has always been inspired by fantastic and imaginative stories with dark themes. In addition to her love of fantasy art, she is actively involved in the underground metal scene as both a visual artist and musician. She has dedicated most of her artistic efforts to illustrating album covers, posters and promotional materials for bands. Her work has also appeared on book covers and on wall graphics for Spirit Halloween stores. Rebecca Magar was born in 1985 in York, Pennsylvania. As a homeschooled child growing up on a rural farm, she had substantial free time to dedicate to her passion for drawing and painting. Though never formally trained in fine arts, Rebecca is employed professionally in the creative field as a graphic designer and web developer. Her understanding of design software and production techniques along with her lifelong affection for fantasy and macabre themes influences her current illustrative work. Rebecca lives with her husband and son in Dallastown, Pennsylvania and has recently taken a break from commissions to begin work on a personal series of illustrative works titled “Seasons of Sacrifice.”
Recommended Posts